And here in no particular order we proudly present for your enjoyment,
​our favorite trees. 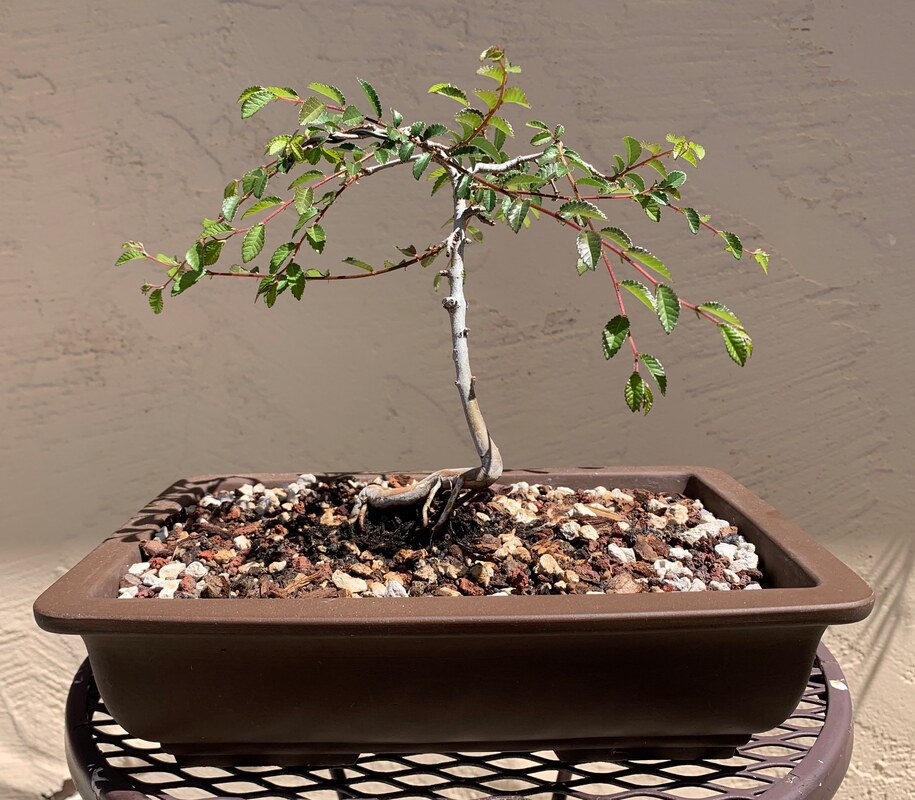 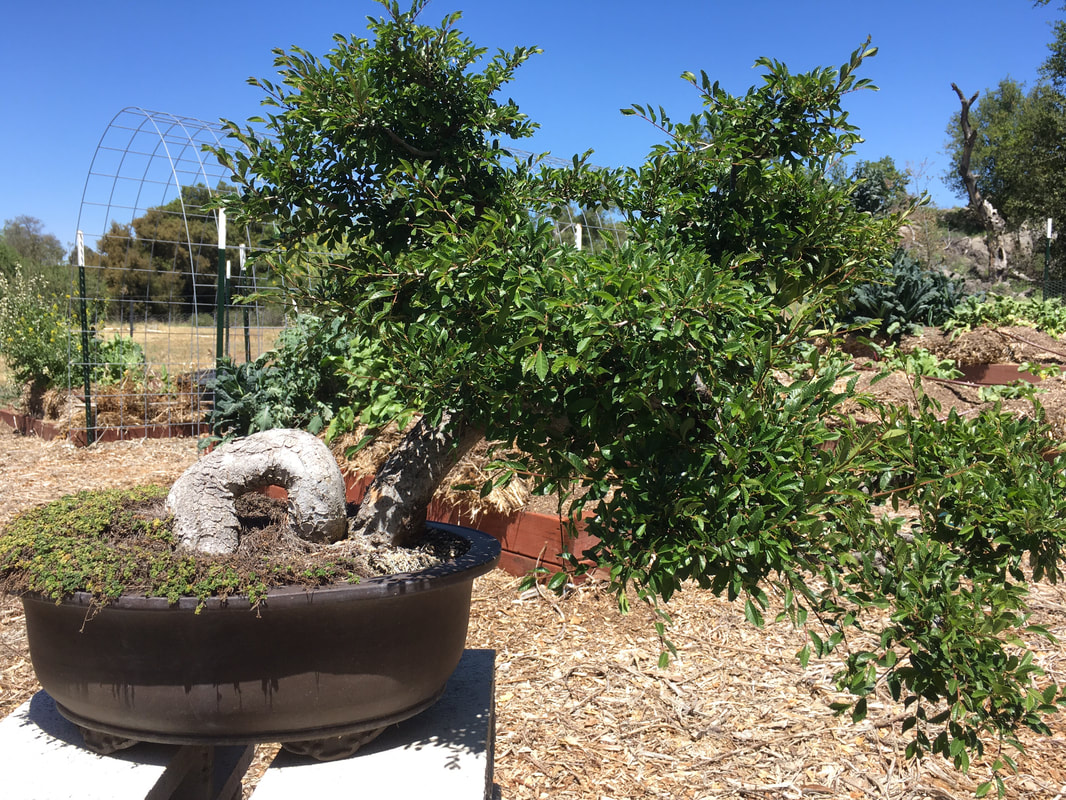 My favorite bonsai is this elm that I call Sea Serpent. We were coming back down from LA on a bonsai bus trip and stopped at a mom and pop nursery that was going out of business. The owners didn’t speak English but helped me understand that if I dug up this elm that had broken through its pot and grown into the ground, I could have it for 15 bucks! So that is what I did.
​
After I got it home, it did great and I loved it... but so did the deer. Twice. After that the poor thing went to sleep and didn’t wake up for six months. But now it’s doing pretty darn good and it’s getting ready for its first haircut of the year. It's hard to pick favorites, but this tree's tenacity put it on top. 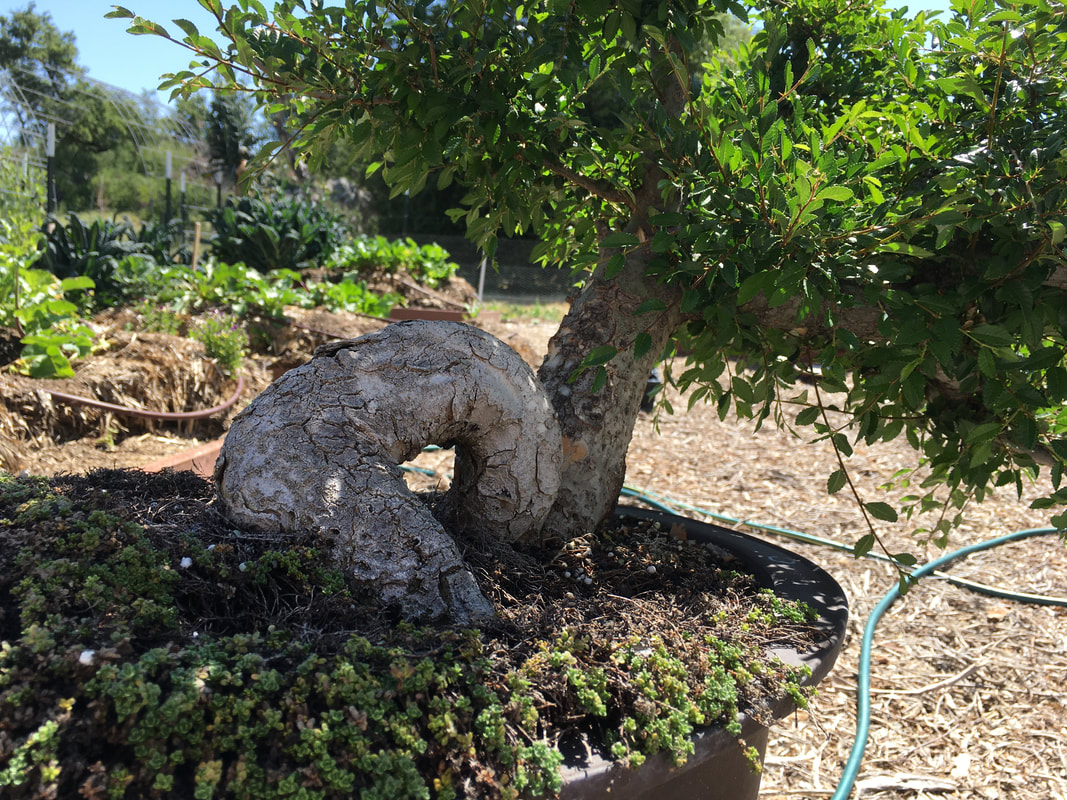 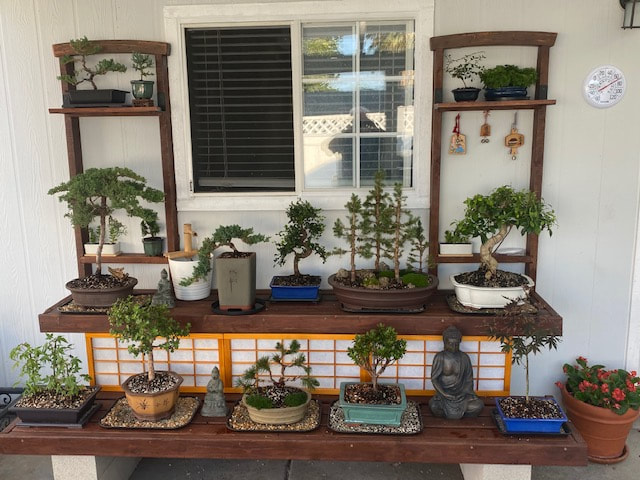 Hello everyone, I'm a new member of the club. My favorite bonsai is the Alberta Spruce Grove (middle of picture) it’s my largest Bonsai and I like the Forrest style. I bought and styled 5 Alberta Spruce trees for this, trying to use an odd number.  But it didn’t look right, so ended up using four trees.  I added Irish moss and Australian astro turf, but have had trouble with the Astro turf browning. Made this at the start of spring after watching Peter from Heron’s Bonsai U-tube video.  But I used information from Bob Hales video on repotting, which was great.  I took one Bonsai course while in Japan, but most of what I learned was from U-tube videos.  Consider myself new to intermediate for making bonsai, , , in skill level.

While new to making bonsai - I started a love and appreciation for Bonsai when I was stationed in Atsugi, Japan in the 80’s.  My wife was a DoD school teacher and I was in the Navy.  We loved Japan, and I bought three Bonsai while there, but since we moved every 4 to 6 years, we always gave away all plants before movers arrived.  Wish I had those 3 Japanese Bonsai now, they would be 41 years old!

My second favorite in the Golden Gate Ficus (white pot) as it’s 20 years old and my oldest bonsai.   Hope to meet other members soon.