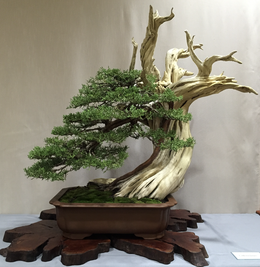 Warning: Lime sulfur corrosive and must be handled carefully. If splashed into eyes or swallowed seek medical attention immediately. It is recommended you wear chemical-resistant gloves and safety goggles for protection. Read the entire product label before using lime sulfur.

What is Lime Sulfur?
Lime sulfur is a foul smelling liquid that when applied to the deadwood of a bonsai tree produces a distinctive bleaching effect to the deadwood. This bleaching effect is not permanent as lime sulfur exposed to oxygen causes the wood to oxidize back to its natural color so it is recommended to reapply annually. Lime sulfur was originally produced to kill insects, bacteria, and fungi on trees.

How to use Lime Sulfur
It is best to work outside (unpleasant odor) and cover your work surface as lime sulfur will stain anything it comes in contact with. Have an absorbent cloth on hand for spills of excess lime sulfur on the wood.  The warmer the weather the sooner the bleaching effect takes place. Do not allow rain or irrigation to wash off treated area. It is suggested that you allow the wood to dry in a protected area for 24 hours away from wind and sun. After drying, return the tree to its usual location. 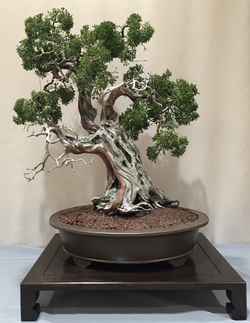 Coloring Lime Sulfur
A stark white finish is not always desirable for all species of trees. Lime sulphur can be tinted with a water-based black ink to produce a more in depth effect to the tree. ​